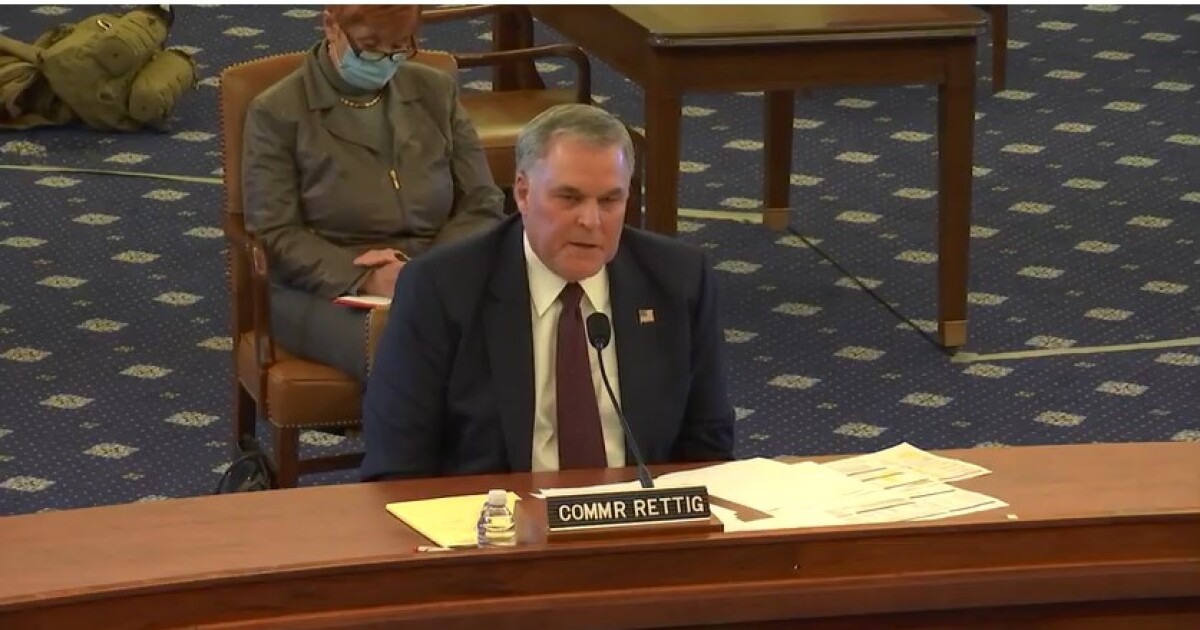 The American Institute of CPAs is firing back after a congressional hearing Friday featuring Internal Revenue Service commissioner Charles Rettig in which he took issue with a recent letter from the AICPA on the subject of penalty relief for taxpayers dealing with the novel coronavirus pandemic.

During a House Ways and Means Oversight Subcommittee hearing, Rep. Judy Chu, D-California, submitted the AICPA letter for the congressional record and asked Rettig to respond to how its backlog of millions of pieces of mail from the pandemic is still affecting taxpayers who are being sent penalty notices and the tax professionals who are trying to help them without an easy way to get through to the IRS.

“The IRS closed its facilities to protect its workforce for several weeks this spring and I recognize that it created a huge backlog of mail that the IRS is still working through,” she said. “But I’m disturbed that the IRS is continuing levy and lien notices while processing that backlog of mail. Taxpayers and businesses who have in fact filed on time are being penalized because the IRS still has not processed their filings.”

She noted that the AICPA letter from Nov. 5 included some “commonsense options that the IRS can implement to alleviate the financial difficulties for these tens of thousands of taxpayers.”

She asked him why the IRS wasn’t setting up a dedicated way to address these concerns. “Commissioner Rettig, my understanding is that the IRS has not established an expedited phone service for tax professionals to dispute the lien and levy notices that are being sent to taxpayers despite the backlog,” she said. “Do you have a current estimate of how large the mail backlog is could you also provide a rationale for not setting up such a process to date and whether we can have such a process?”

Rettig responded that the IRS has “an aggregate of about 3 million pieces backlogged, of which about a million are tax returns, which is not unusual for us.” 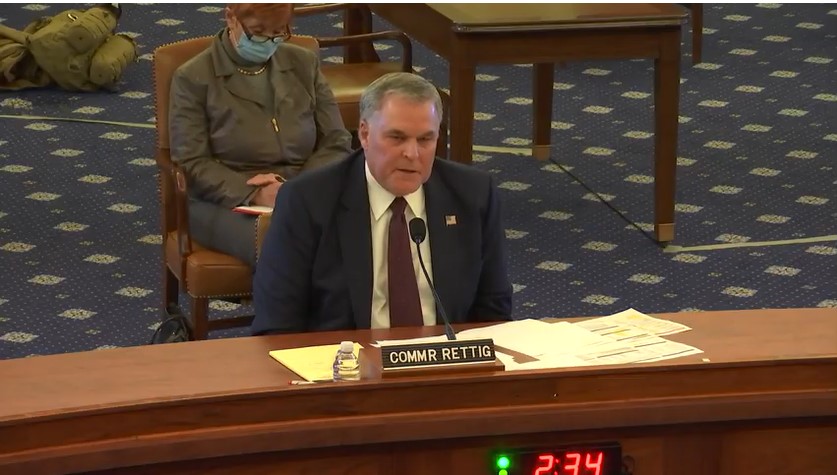 As for the AICPA letter, he pointed out that he worked for 36 years on the outside as a tax attorney before joining the IRS. “I’m in touch with thousands of practitioners on the outside, AICPA as well as others, and what they were asking for was for us to go beyond the first-time abate and beyond reasonable cause for individuals with a comment saying first-time abate for a failure to file, failure to pay, failure to estimate penalty, you get an automatic abatement and one of their comments was, well if somebody already has one of those they don’t get a second one but then they default to reasonable cause,” he said. “We have procedures in place. The individuals in the Internal Revenue Service were not merely career employees who looked at this, but more than 10 people who came onboard from private practice with similar experience to mine looked at this as well and were not willing to provide an open forum for people, professionals particularly, who might not be addressing their responsibilities during this. So we took a hard look at that and AICPA is aware, as are other practitioners.”

Chu noted that the AICPA wasn’t insisting on “blanket” approval of the requests for penalty relief. “Well, commissioner, they actually understand your objection to just a blanket kind of approval, but what they’re talking about is an expedited phone service for tax professionals to at least make their case,” she said.

Rettig pointed out that the IRS already has a practitioner priority line that is staffed by IRS employees, although he didn’t commit to setting up one to deal with this particular issue.

“I don’t run the AICPA,” said Rettig. “These are not conversations that happen in isolation.”

Other lawmakers also complained at their hearing that their constituents were having trouble reaching the IRS to find out about delays of their Economic Impact Payments and their own congressional offices were having trouble reaching people at the IRS to get help for their constituents. Similarly, the IRS’s Taxpayer Advocate Service has been overloaded with requests for help with the undelivered payments.

The AICPA responded Friday to Rettig’s comments after the hearing.

“Over the last week, Commissioner Rettig has reiterated several times the IRS’ position on providing ‘blanket’ relief — they will not do it,” said AICPA vice president of taxation Edward Karl in a statement. “However, the AICPA has urged the IRS to provide an expedited process of targeted penalty relief for late filings resulting from delays due to the COVID-19 pandemic. The IRS has stated unequivocally that the current penalty relief measures used by the IRS, such as first-time abatement and reasonable cause, are already enough. We disagree. Currently, there are too many taxpayers and tax practitioners dealing with the impact of the COVID-19 pandemic, and the current state of the IRS, including a reduced workforce and mail backlog, is not sufficient to provide timely relief. Though Commissioner Rettig has indicated his support for COVID-specific guidance, the fact is that this message has not filtered to IRS call assistors. In most cases, these call assistors have not been trained on how to address COVID-related issues.”

The AICPA is asking the IRS to implement several measures in response to the pandemic. It wants the IRS to provide targeted penalty waiver by creating an expedited, streamlined reasonable cause penalty abatement process for taxpayers who have been affected by the COVID-19 pandemic that eliminates the need for written requests. It also wants the IRS to develop specific coronavirus examples that qualify for reasonable cause abatement and share those examples with all telephone assistors through interim guidance. It has also urged the IRS to develop a dedicated telephone number, or dedicated prompt, for taxpayers or their advisors to call to request coronavirus-related penalty relief.

“The recommendations provided by the AICPA are fair, reasonable, practical and address the issues that taxpayers and tax practitioners are currently struggling with daily,” Karl added. “Additionally, these practical measures would help the IRS manage and reduce an already overwhelming backlog of mail that has slowed operations and led to unnecessary compliance actions against taxpayers. We continue to urge Treasury and the IRS to ease this burden for taxpayers across the country.”