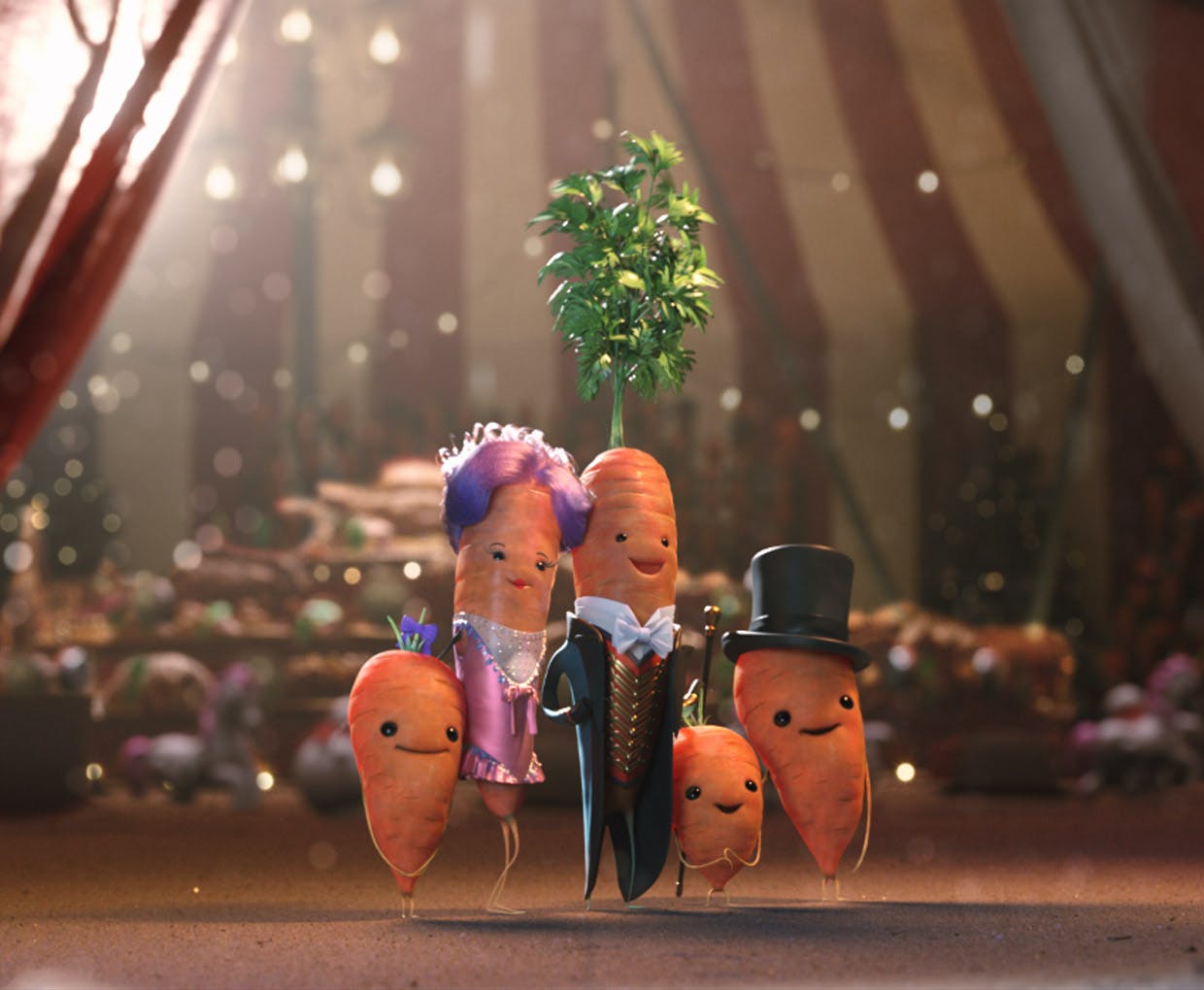 Kevin the Carrot is back for a fourth year running with a ‘Christmas Spectacular’ of dancing mince pies and acrobatic veg – but not before Russell and his ‘Leafy Blinders’ try to stop him stealing the show (again).

Is there no respite for this poor carrot? Having fended off an evil parsnip last Christmas, Aldi’s Kevin the Carrot now has an angry crew of Brussels sprouts to deal with.

In the spirit of Christmas, it all begins with Russell Sprout and his Brummy gang of ‘Leafy Blinders’ gathering round Kevin, who has been tied to a grater – to teach him a lesson. They’ve heard he’s planning a big Christmas show and they are boiling with rage that he and his orange family are trying to steal the Christmas limelight for the fourth year in a row.

In an unexpected plot twist, Kevin manages to escape the sprouts’ clutches with the help of Tiny Tom the tomato’s strong jaw and deliver his ‘Christmas Spectacular’, giving Cirque du Soleil a run for its money.

The mince pie-dancing, vegetable-swinging extravaganza culminates with Russell Sprout being fired out of a canon. Kevin prevails, but sprouts remain misunderstood for another Christmas.

“We’re all thrilled to see Kevin back on our screens again, getting up to his usual tricks,” says Aldi UK’s marketing director, Sean McGinty.

“Kevin’s popularity grows every year and he’s becoming something of a national treasure. Kevin’s magical Big Top is the perfect environment to showcase the amazing quality of the Aldi Christmas range of food and drink this year.”

The 70-second spot, created with long-standing creative agency McCann UK, will debut on ITV on Thursday (7 November) at 5.30pm.

It is the fourth year the German discounter has pinned its Christmas hopes on Kevin, which was first brought to life in 2016 as the ‘Amazing Christmas Carrot‘.

Since then, Kevin has landed Aldi in hot water with the UK ad regulator for a Christmas ad promoting alcohol that was deemed likely to appeal to children.

However, he also helped Aldi UK report a record Christmas in 2018, with sales up 10.4% year on year to almost £1bn in December alone.

Aldi was the fastest-growing supermarket during the festive period, followed by Lidl, which grew 9.4%. Between them, the German discounters reported their highest combined Christmas market share of 12.8%, with two-thirds of all households shopping at either Aldi or Lidl.