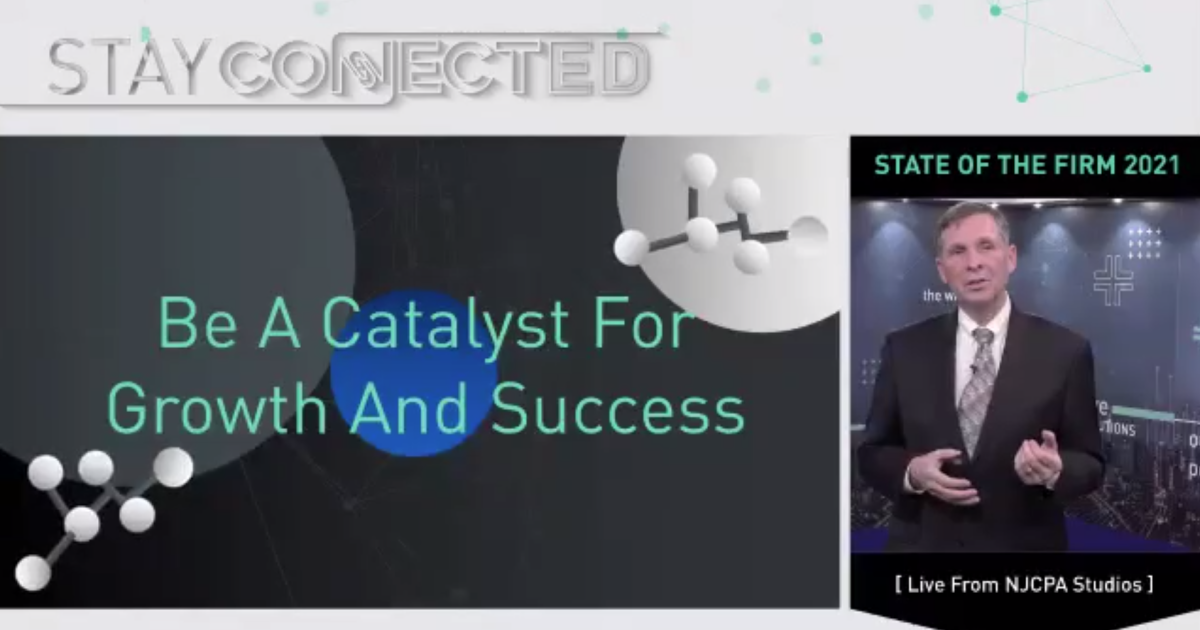 My firm, Withum, held its 12thAnnual State of the Firm (SOTF) meeting last Monday. About 1,200 of us attended the four and a half hour meeting virtually. The previous meetings were held in New Jersey, where a good number traveled from our offices in Boston, Florida, California and other parts of the country. Last week attendees also participated from our office in India. The last few years we had the meeting in theaters; last week we used the recording studio lent to us by the New Jersey Society of CPAs along with some of its technical staff.

Not too many firms conduct such meetings, whose purpose is to update all team members on how the firm is doing, the available opportunities for staff, ways to use those opportunities to better serve our clients, and the full suite of new services, including cybersecurity and outside-the-box advisory services. The meeting was run by Bill Hagaman, our CEO/managing partner, and he provided metrics that usually are kept confidential by most firms’ management, including actual and projected revenues, the number of new partners who will be needed over the next 10 years (while allowing for partner retirements), the entrepreneurial opportunities for staff so inclined in that direction, the contributions of team members in time and money to charitable organizations in our communities, the support provided by our staff welfare fund, and the performance of our unique shadow stock program. Bill also updated us on our aggressive diversity and inclusion initiatives. 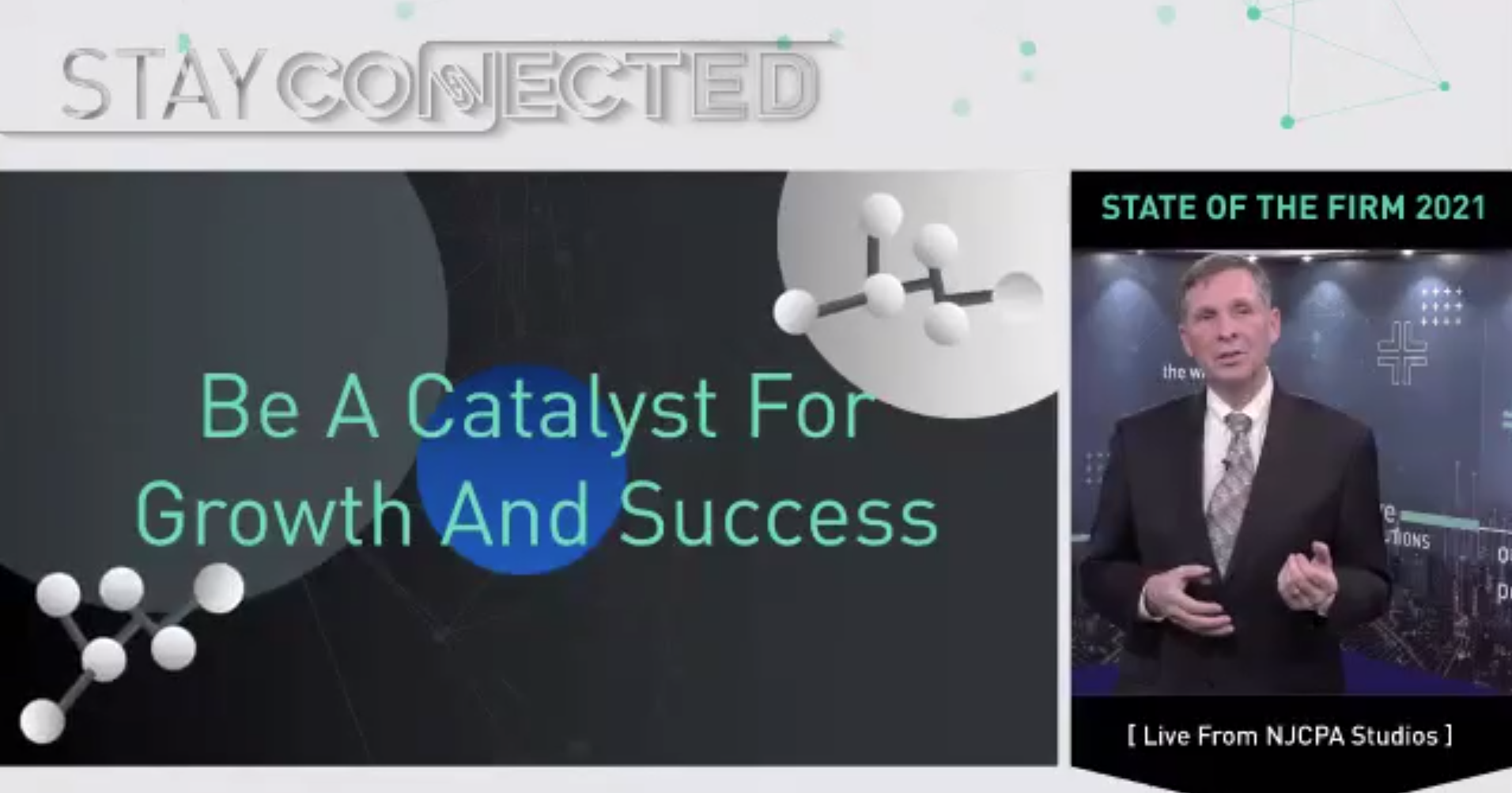 A key part of the meeting was the Withum Strength awards. Over 150 staff members were nominated in eight categories, with some repeats from prior years and some in multiple award categories. The award presentations were interspersed during the program with short descriptions by last year’s recipients, a description of why each was nominated and by whom, and then the winner was announced. Being virtual, there were no acceptance speeches, but our audiovisual staff was able to immediately show them on the Zoom monitor. Our marketing group put the program together and coordinated all facets, which actually started in the beginning of the summer. In August volunteers were recruited for the video, and we were greeted the day after New Year’s weekend with a wooden box containing a bottle of Prosecco, two classy glasses and a gift card to buy snacks to munch on during the SOTF meeting and afterward when we joined Bill in a toast.

The meeting began with a video, which included 70 team members and perhaps 30 or so of their children and pets. The video always starts the SOTF meetings with a big lift. One of the shots included three generations of WS+B co-founder Len Smith’s family. Also I spotted kids of some staff who joined Withum when they were single and who now have growing families (some of whom married staff they met here — very family friendly). Here’s a link to the video.

While Bill was on his feet for the entire program, he had a break when the invited keynote speaker joined us, also via video. Former Detroit Lions and Dallas Cowboys player, astronaut and NASA educator Leland Melvin gave a riveting, moving, inspiring and touching presentation. He included some elements that raised our emotional level about the discrimination prevalent in America that Leland had to endure and overcome. I highly recommend his book,Chasing Space, which I downloaded that night and strongly suggest he be considered as a speaker for those organizing such programs.

The graphics in the SOTF presentation and videos were super eye candy, and our marketing people surpassed themselves. They acquired the expertise to produce, inhouse, the television commercials we have been running on CNBC and Bloomberg TV. Perhaps you’ve seen them. I have. There was also a presentation explaining the large shift in our marketing to a digital platform, the speed with which it was done and its success.

There is a lot more to say, but space is limited. I was thrilled to be at the SOTF meeting and doubly thrilled to be a part of this firm that I merged into 16 years ago and to watch its metamorphosis into a professional powerhouse that was unimaginable by any standard just 10 years ago. I am sharing this information to provide a glimpse into what can be done with the right ideas, an innovative desire, an outside-the-box imagination, a keen understanding of how to promote staff and client growth, and a culture that has everyone aligned together for progress.

Do not hesitate to contact me at emendlowitz@withum.com with your practice management questions or about engagements you might not be able to perform.

Edward Mendlowitz, CPA, is partner at WithumSmith+Brown, PC, CPAs. He is on the Accounting Today Top 100 Influential People list. He is the author of 24 books, including “How to Review Tax Returns,” co-written with Andrew D. Mendlowitz, and “Managing Your Tax Season, Third Edition.” Ed also writes a twice-a-week blog addressing issues that clients have at www.partners-network.com along with the Pay-Less-Tax Man blog for Bottom Line. Ed is an adjunct professor in the MBA program at Fairleigh Dickinson University teaching end user applications of financial statements. Art of Accounting is a continuing series where Ed shares autobiographical experiences with tips that he hopes can be adopted by his colleagues. Ed welcomes practice management questions and can be reached at (732) 743-4582 or emendlowitz@withum.com.