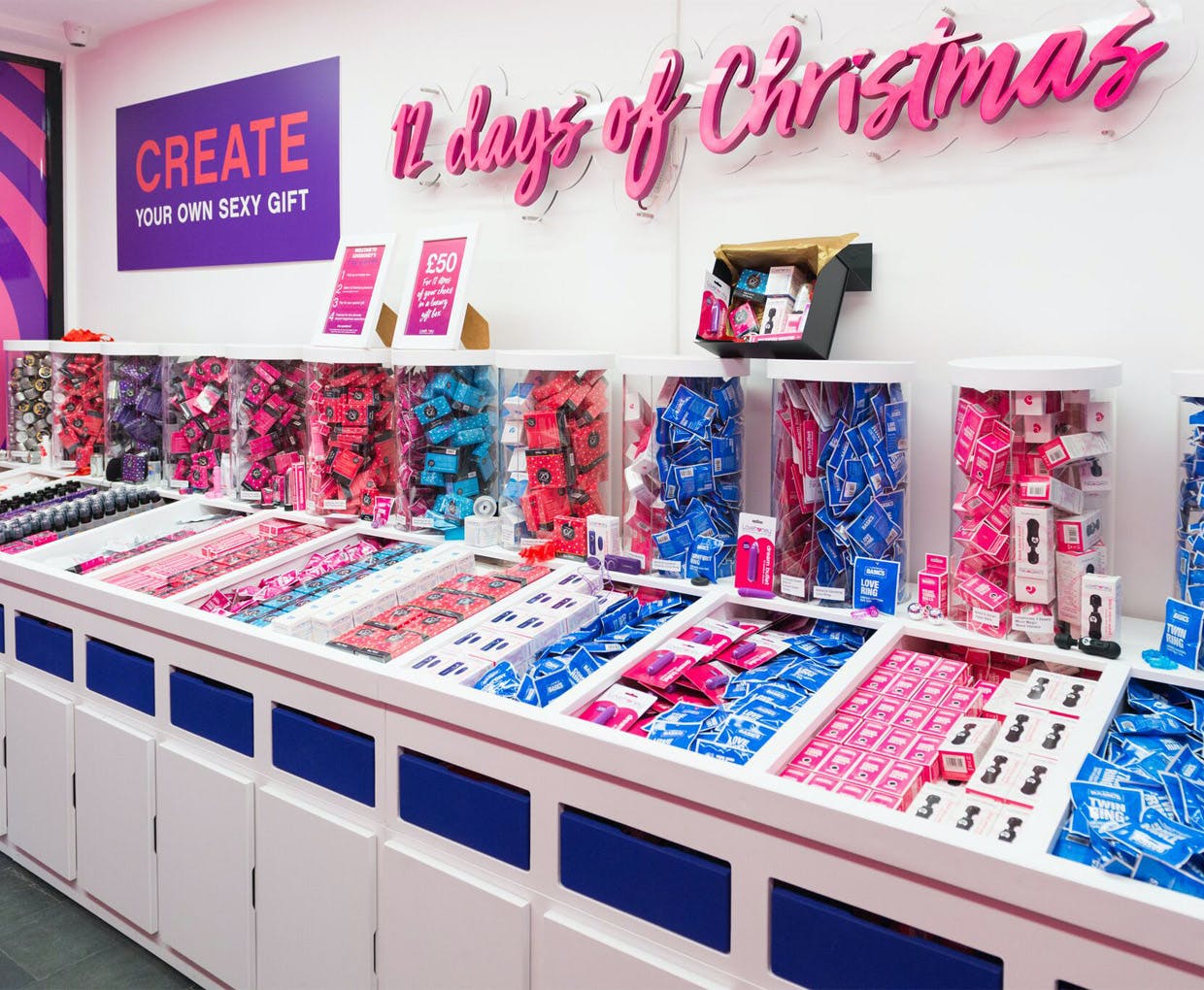 The adult brand is hitting the high street for the first time to see how the online experience translates physically and what it can learn from customers.

It is, however, going to let Lovehoney see if it can operate beyond the confines of the world wide web, having been an online-only retailer for the last 17 years.

Armed with its mission to promote sexual happiness and planning permission from the council, the adult brand is now ready to see how that experience translates face-to-face.

Cue Lovehoney’s 12 Days of Christmas pop-up, which marks the first time the retailer has put itself on the high street as it looks to ramp up sales in the run-up to its busiest periods around Black Friday, Christmas and Valentine’s – which Lovehoney refer to as the ‘three peaks challenge’.

Speaking to Marketing Week in a room filled with lots of things that vibrate, novelty games and lube, Lovehoney’s new CEO, Sarah Warby, says the shop is a chance for Lovehoney to bring its brand directly to consumers and see what it can learn from interacting with customers in person.

“The way we do this online is really powerful: we have over 250,000 product reviews and that community has been a phenomenal thing for us,” Warby says.

“The people who know us love us but we now need to spread that love wider. As the world lightens up and the conversation becomes freer, Lovehoney’s got loads of opportunities to pop up. Wherever we can be pushing the conversation and piquing people’s curiosity, that’s where we’re going to be.”

For the next two weeks, Lovehoney will be selling its 12 Days of Christmas pick’n’mix playbox, alongside several collections of festive-themed lingerie. However, Lovehoney isn’t looking to have a permanent fixture on the high street just yet.

“I haven’t got a plan to start world domination of bricks and mortar. Why would I? We’ve got a fantastic ecommerce business and bricks and mortar isn’t necessarily the way forward for us,” Warby explains.

“What’s great about this is learning about how we can help our customers in different ways. Who knows how we might pop up and manifest the brand another time, but this isn’t signalling the start of appearing on a high street near you soon.”

An early-days partnership with Boots, however, signals how Lovehoney might be looking to expand its presence beyond ecommerce. Warby believes similar partnerships would be a “sensible progression”.

She describes Lovehoney’s customers as an extended family. In fact, they play such an integral role in the decision-making process that Lovehoney has two dedicated employees who read all the customer forums and reviews. This is then fed back to the in-house teams, which Warby refers to as a “big melting pot” of drawing, designing, engineering and marketing.