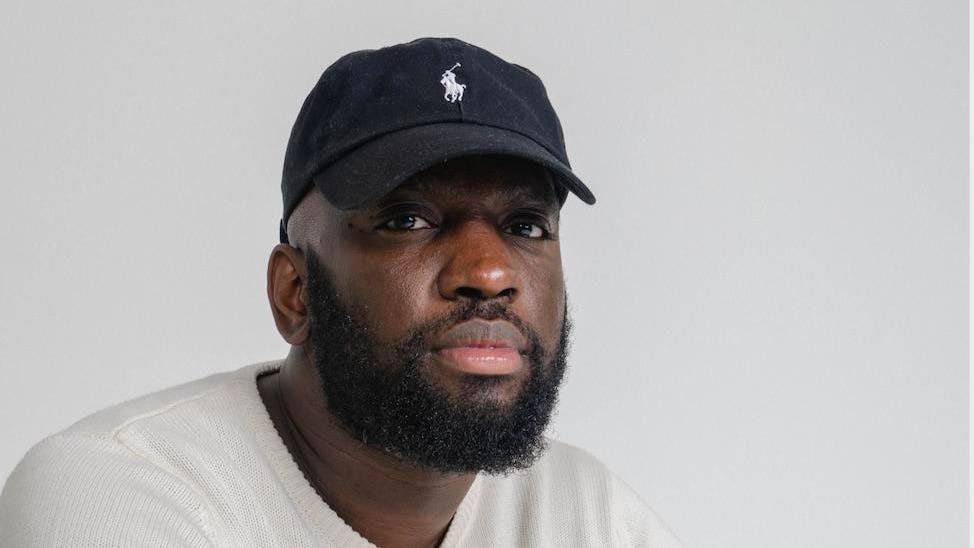 The last year has seen several industries acknowledge the inequality in opportunities afforded to the black community. Whilst much has been said and done online during the COVID pandemic, to ensure these changes are long-lasting we need to see the same action taken in industries that were shut down in 2020. One of these industries is offline retail. A major reason black-owned businesses struggle to grow is due to lack of exposure on major high streets who have historically preferred to allocate prime real estate to brands they felt were more likely to turn larger profits. One entrepreneur who is working on rectifying this issue by launching a store in London’s famous Carnaby Street and has been an advocate for the black community long before the Black Lives Matter movement is Kojo Marfo, founder of My Runway Group.

Marfo was raised in Ghana but moved to the U.K. for college in his late teens. Being an immigrant who wasn’t from a well-off family meant he had to work several jobs to cover his expenses. He later won a place at Coventry University to study Aerospace Engineering with the dream of one day becoming a pilot. However, after spending some time with other people on his course, many of whom were older than him, he decided that he would not pursue becoming a pilot at that stage in his life but make it something he does further down the line. However, something he had been doing alongside his part-time job to make ends meet was organizing a variety of events at university ranging from club nights to fashion shows.

Whilst putting on these events was something Marfo did to make money he quickly realized that he took immense joy from seeing so many grassroots creatives get their first experience to showcase their talent at the fashion shows or art exhibitions he would put on. In his second year at university, he organized a show which would be a combination of fashion, music, and art called the My Runway Show. He anticipated only university students attending the show but in the end, it drew in attendance from people all over Coventry. Additionally, many of the creatives that performed at the show started to get paid work off the back of it. Marfo realized that there was potential to do a show which did not just focus on university students but extended to Coventry and the surrounding areas. He engaged the local council and was able to secure a large theatre.

The event that they put on would showcase up-and-coming creative talent from the local area with many volunteers and performers helping in the organization. In the end, it provided an experience for over 100 people from creative industries and also marked the first time Marfo started to believe he had a potential business that he could run long after he finished university. In light of this on completing his studies and moving back to London, he launched My Runway Group.

Whilst setting up My Runway Group Marfo decided the key thing he wanted to focus on was a continuation of the work he had started at university highlighting underrepresented people, typically from the creative communities and their work. With this in mind the first events My Runway Group put on were live shows and pop-ups to showcase talent as well as masterclasses on things such as ‘employability in the creative industry’ and ‘how to look at your creative career as a business’. These events would go on to have significant success and attract the attention of several renowned institutions such as the British Film Institute and the British Phonographic Industry group. As Marfo solidified many of these partnerships he began to realize that connecting grassroots talent with large organizations was a skill he had. The group began consulting for many of these large organizations putting on events and helping them with their branding and outreach adding another arm to his business.

One company Marfo was able to develop a relationship with was real estate company The Shaftesbury Group after working with them on many events. During the Black Lives Matter movement in 2020, he had conversations with the company about organizing an event. Wanting to do something bigger than just another pop up the idea of ‘Black In Carnaby’ came up where they would launch a store in London’s famous Carnaby Street that would sell goods from black-owned businesses. Once terms were agreed they did a callout asking if businesses would be interested and in October 2020 whilst shops in the U.K. were partially open they were able to stock 112 different brands rising to 165 in December with over 98% of brands selling products in their stores before having to shut their doors as the U.K. entered its third lockdown in January 2021.

With lockdowns coming to an end in the U.K. ‘Black In Carnaby’ has recently relaunched. The business model, as it stands, is that brands can apply to take part by contacting My Runway Group to secure a slot. The large majority of revenue goes back to the company whilst the store is run by My Runway Group. Companies are also able to take over up to an entire floor in the store to showcase brands and do exhibitions. My Runway Group also assists the stores that decide to showcase with marketing and have some exciting announcements in the coming months for their partners. The ‘Black In Carnaby’ store is a chapter in Marfo’s journey that has been many years in the making since being a teenage immigrant working many jobs to make ends meet but he has “much bigger plans in coming years for more events and experiences to showcase people who aren’t always seen”

You can find further information on the ‘Black In Carnaby’ store here and if you’d like to visit the store is located at 56B Carnaby Street, London, W1F 9QF

This article is part of a series featuring underrepresented people making a difference. To submit ideas for features or keep up to date with new releases you can find me on Twitter - @TommyPF91