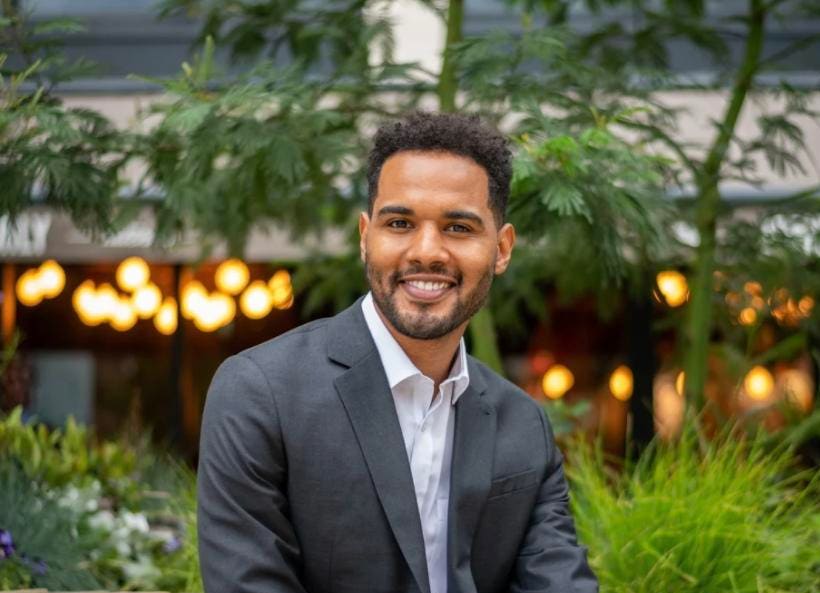 Representation in tech is a topic that has been widely discussed over the last year. The makeup of the people in the industry and those who go on to achieve success in the sector does not represent the society we live in. As the sector becomes more important, it’s key that stories of successful people from a variety of backgrounds are shared to inspire a diverse future generation. One entrepreneur whose journey has taken him around the world both studying and working for leading tech companies who is now turning his attention to highlighting and working with people from underrepresented backgrounds is Saka Saddiq Nuru.

Nuru was born in Scotland and spent his early childhood living in both Zimbabwe and Botswana. He had a great upbringing in Botswana and was very comfortable but a turning point came when his parents sent him to boarding school in Nigeria. He had Nigerian heritage and his parents felt it was important for him to learn about his roots. “It felt like punishment at the time” but he appreciated the experience which threw him into a different environment where he had a lot of autonomy and needed to look after himself. He was one of the few “foreign” kids at school and it was his first taste of having to adapt to a new environment, something that would prove invaluable later in his career.

At 17, ready for university, Nuru was set on studying abroad and in particular in the U.S. Throughout his childhood he had developed an interest in entrepreneurship buying and selling things in school to friends and he felt the U.S. was the best place to learn more and express this interest. He enrolled at Manhattan College in New York studying Engineering. He always had talent in mathematics and wanted to build scalable things that could impact as many lives as possible, so engineering was a natural fit. Whilst he excelled in his degree and finished within three years, something which was not lost on him was that he was one of the few non-athletic students from an underrepresented background on campus. Wanting to further his education and fulfill a lifelong ambition of going to an Ivy League college he applied to Columbia, Cornell & Berkeley and got into all 3 but opted for Berkeley who offered him a scholarship which, as a non-private institution, was more likely to be representative of himself.

At Berkeley, Nuru continued where he left off at Manhattan college. His course combined engineering and business, allowing him to work with international brands such as Mercedes and Bosch. The experience of interacting with so many smart people from all around the world, many of whom were from backgrounds similar to his, made this the first time he did not feel “intellectually isolated”. After university wanting to travel, he started his career on a graduate scheme at a renowned global engineering and marketing conglomerate called Hilti. This role took him around the U.S., Liechtenstein, and Brazil across leadership roles in marketing, strategy, and finance.

Whilst Nuru enjoyed his time at Hilti, given his entrepreneurial nature he wanted to be closer to the startup industry. Seeking a new challenge he came a full 360 and moved back to the U.K. where he was born, this time to England with nothing more than a backpack and very few contacts. A far cry from being a valedictorian a few years prior, Nuru spent weeks knocking on doors in London’s silicon roundabout which resembled his move to Nigeria for boarding school, and just like that move, he had to persevere and adapt. He started applying for new roles and after many, an arduous night researching promising startups, coupled with a few slammed doors he landed a role at a promising e-commerce startup as a client relationship manager. Whilst his background was in engineering, Nuru found his feet there, realizing that whilst he had a technical skillset, he shone using this to break down complex problems to potential customers who were predominantly in the e-commerce space.

Nuru has since left that company and now works for one of the largest fintech companies in the world. However, one thing that he has noticed throughout his journey in both school and at work was he had “very few role models in the industry to look up to”. Having examples you can point or relate to is something Nuru feels is extremely important and rather than wait for these people to show themselves, he’s taken it upon himself to highlight them. He has started his podcast the ‘Saka Is that So’ show where he has conversations with entrepreneurs and professionals who may not typically have the light shone on them. With a long-term vision to leverage his background and skill set as well as that of others to help people who are overlooked get their careers or startups off the ground.

part of a series featuring underrepresented people making a difference. To submit ideas for features or keep up to date with new releases you can find me on Twitter – @TommyPF91