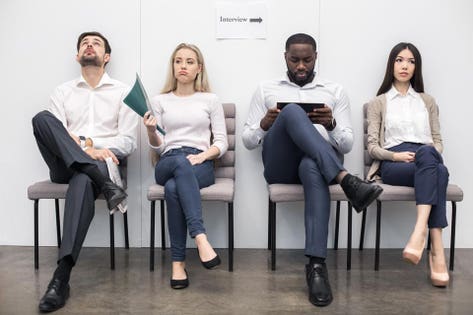 I’m an optimist and certain that people are good and want to do their best. This should make selecting people for jobs rather straightforward—with innate motivation and clear expectations, performance should easily follow. Unfortunately, some new research suggests that a glass half-full approach to hiring may get you in trouble.

This new evidence may seem at odds with the theory that most people don’t wake up in the morning saying to themselves, “I want to be only mediocre today.” No, management theorists have long told us that people want to do a good job. Their hearts are in the right place and they want to perform well.

But some studies are telling us people don’t (and perhaps can’t) change bad behaviors.

There is some new research that suggests some people may have innate characteristics making them teammates you wouldn’t want to work with. For example, a Texas A&M study found people are likely to cheat based more on their intrinsic personality characteristics and less on external factors—suggesting cheating—and perhaps bad moral behavior—is inborn. Another study by the University of Alberta examined German couples and found they repeated negative patterns of behavior in their personal relationships. The findings call into question the extent to which they learned from previous relationships and were then able to adapt.

This is a big deal for the workplace. If some traits are inborn and if people tend to repeat the same patterns, then selecting the right person for the job—whether they are an internal or external candidate—becomes even more important than we thought. After all, we spend a lot of time with our colleagues and depend on them for our success at work (no person is an island) and often, for our friendships and satisfaction.

In addition, we tend to make mistakes in our own perceptions of people. Columbia University research found we see goodness as more innate and badness as more likely to be learned. In addition, we tend to give people second chances if we believe their bad behavior is the result of a tough situation rather than their character. The take-away message: How we understand the potential new teammate during the job interview has a bearing on how we evaluate them.

When people start at a company, it can feel like a modern miracle. After only a few conversations with a relatively small number of people, we hire someone into work that we expect to be long-term and impactful to the organization. The stakes in selecting the right person are high and anyone who has worked with a toxic teammate knows that having no one is better than having the wrong person. Work is complex, we need each other to solve problems effectively and the demands to produce results are rising. It’s never been more important to find the right person for a job.

So how to ferret out the jerks and select wisely for our open positions?

Appreciate People And Get Them Talking

I once worked with an HR VP who said, “There is the perfect job for each candidate, it just may not be with our company.” Appreciate the gifts people bring to the table and accept their unique contributions. This positivity will encourage people to share more openly. A hiring manager once told me a story about interviewing someone who was wrong for a position and didn’t get the job. But the hiring manager created such a positive experience that the candidate sent a letter full of compliments to the company’s CEO. The candidate found a better-fit job at another company and the hiring manager received a thank you from the CEO. This is evidence that everything counts and creating a validating experience for interviewees is good for them and for you.

Most interviews devolve into candidates generalizing about their skills and their values—what’s important to them—but their behaviors speak louder than their beliefs. One leader I worked with regularly said, “You’re behaving so loudly, I can hardly hear what you’re saying.” To get past pontification or generalizations, ask people to tell you stories and listen for the nuances and details they share. What situation were they in? How did they seek to solve the problem? What were the outcomes, both intentional and unintentional? If a story reveals a certain characteristic, what are other examples they can share? Unearthing patterns of behavior can inform you about how someone will likely act in the future.

Get Them Out Of The Office

Whenever you can, get people out of the corporate setting for final interviews. The person who seems perfect in the conference room may demonstrate their true colors when you grab coffee together. Are they rude to the barista? Demonstrate unexpected kindness? Or the ideal candidate in the boardroom may struggle to carry on a business conversation or lack EQ—something you might learn over a business dinner with a few colleagues. Use these kinds of clues as part of the picture, not your only criteria. Consider these out-of-context opportunities as important windows into sets of characteristics you might not otherwise learn about.

When all else is equal, if you’re given a choice between technical skills and relationship skills or between formal qualifications and eager positivity, choose the latter every time. You can teach technical skills and work is changing so fast you’ll probably need to offer continuing education anyway. The optimism of an enthusiastic candidate and the collegiality of a positive teammate contribute mightily to positive experiences and impactful outcomes. In Turning the Flywheel, Jim Collins suggests selecting the right “who” is the most primary task. Our “what”—the nature of the work, the company strategy or our market approach—may change. But if you have the right people who can flex, adapt and work effectively with others, you’ll be able to achieve your “what” successfully.

Putting people in the wrong roles (or keeping them there) doesn’t do them any favors. Give people a chance and provide the opportunity for stretch but don’t delude yourself with the wrong hire. Make tough decisions so people aren’t set up to fail in the wrong job and so you’re not constrained by an incapable member of the team.

It’s a good thing to assume the best in people and to give them an opportunity to develop—within reason. Realize that in some cases, you’ll need to make tough decisions as you filter talent and seek the very best and brightest to work on your team.